the time has come….

Well, today’s the day. The culmination of 18 months of planning is upon us. By the time you read this, I’ll have landed in Tokyo for the first part of the great adventure. A few things have changed since I first convinced myself I could do this but this first part has stayed the same. I’ve started here in Tokyo and will spend the first 7 days exploring the southern part of Honshu, the largest of the 4 main islands of Japan travelling down to Fukuoka on the island of Kyushu. This is going to be a more traditional backpacker type experience sans motorcycle until I catch the ferry from Hakata across to Busan, South Korea on the 8th.

Sitting in the departure lounge of the international terminal this morning I was filled with a weird kind of nervous anticipation. I usually find these times waiting to board at airports the most boring, each minute seeming like an hour and nothing much changing on Facebook since you last checked it 3 minutes ago. Today was different. Pretty easy to understand why I guess. I had said my somewhat tearful goodbyes to the family only minutes before, I’d messed up using the fancy electronic gate thingo at customs (helps if you insert your passport into the scanner on the right page, dummy) so had to go over to the counter to get my passport scanned again and have the friendly border security man give me that ‘is this guy dodgy?’ look. Sigh. 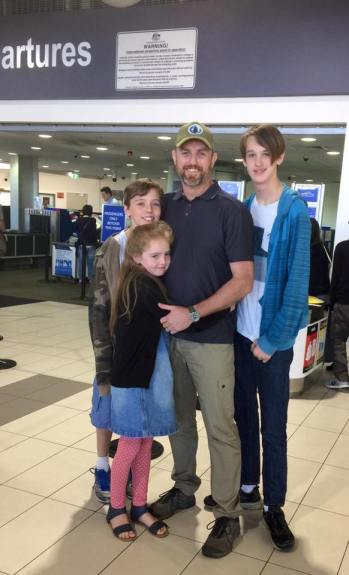 So I find myself sitting wide-eyed and buzzing waiting for the call to board. There were plenty of others in the aforementioned zoned out state, reading, yawning, checking their phone or their watch but I couldn’t seem to keep still. I’m glad boarding was only delayed by 10mins or so.

This was my first time flying out of Coolangatta Airport (actually I think it’s called Gold Coast Airport but same same) so another thing to add to the list. This was also the longest flight by far I’ve been on, my international experiences limited a few skips across the ditch to NZ. A bit over 9 hrs to get to Tokyo direct so paying an extra 9 bucks for entertainment helped pass the time.

I arrived at Narita airport a little after 7pm local time to a light drizzle. First job is to find an ATM and get some Yen. For those that don’t know, it’s currently about 72 yen to the Aust dollar so denominations are a lot larger. I took 40,000Y out of the ATM which is about $550 thinking that should go close to the budget for the duration. Bit of whirring and the familiar electronic chimes of all things Japanese and out spits 4 notes. 4x 10,000Y notes. It’s gonna take me a bit to get this right in my head I think. The hilarity came later on when I bought a bottle of water at a Family Mart to break a note. The equivalent of buying a packet of chewing gum with a hundred. But I digress. Back to Narita. After a bit of to-ing and fro-ing and a little help from other Aussies looking for the same thing, I found the Japan Rail (JR) office to exchange my Japan Rail Pass voucher for the actual pass. This is a pretty good way to get around Japan, only available to tourists and allows you to use about 90% of all JR trains and buses including the Shinkansen or Bullet train. It’s about an hour on the Narita Express train to get into Tokyo, then from there taking two more trains on short journeys to get me to my bed for night 1. All sounded pretty simple right? Remember when I said the Japan Rail Pass looks after most trains? Yeah, well the last one was different. I needed to jump on the Tsukuba Express for my last little train ride to Asakusa and needed a ticket. The young guy at the little booth at the gates just shook his head at my JR Pass and pointed back upstairs. Now, as you all know, when you’re in airports or heavy touristy areas, information is displayed in several different languages. Japan is no different. Easy to follow what I needed and where to go when leaving the airport. Obviously, once you get into the real world, it’s time to figure it out the hard way. Hence the need to be be one of ‘those guys’ breaking a big bill on something small to get change. I made my way to the bank of ticket machines with not a single English translation in sight. Knowing how much the ticket was by the board above the machines, I started pressing buttons and with some blind luck, my little stub dropped out of the machine. Win.

I’m now kicking back in my little capsule at the Khaosan Tokyo Samurai Hostel struggling to stay awake. I’ll tell you more about my capsule next time.

Today’s Top Tip – if you’re ever flying on a Boeing 787-8 with Jetstar (and quite possibly all the others using this same plane) seats 44 D,E and F are the go if you want the legroom without the extra cost. Row 44 is an exit row but only the 3 seats on the left and 3 on the right are classed as exit row seats (which they charge for). I was in 44D and its directly behind the bulkhead in the middle of the plane and I’ve easily got half a metre from my knees to the bulkhead. Nice.